A heat wave on the west coast got national attention this week. Despite temps close to 120°, Tuesday's home price data was even hotter with both of the big reports telling the same story. 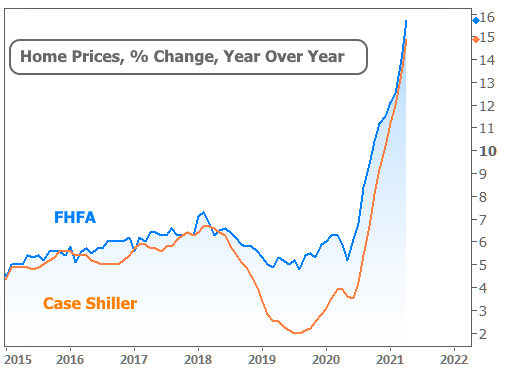 FHFA prices (nationwide) are increasing at a record pace.  Case Shiller (20 major metro areas) price appreciation isn't quite back to its pre-mortgage-meltdown level. 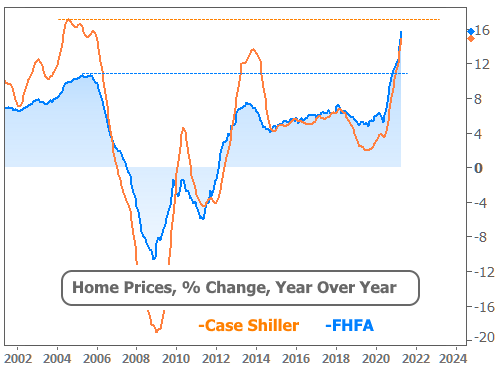 How hot is too hot?  That depends.  Prices can't continue this pace indefinitely, but many people said the same thing late last year only to regret not pulling the trigger.

Some recent sales numbers cast doubt on buyers' willingness to chase these prices, but now this week's Pending Home Sales report shows that May was one of the best months on record.

Rates had a good week, with most lenders at or near their best levels since mid June at the very least.  10yr Treasury yields trickled to their best levels in months by Friday afternoon after managing to break the 1.44% floor that had turned away several recent attempts.

That's a surprising outcome given the strong reading in the latest official jobs report on Friday.  It shouldn't be too surprising, though, given that the Fed has clearly stated it wants to see how the data looks this fall before making any big decisions about its rate-friendly policies.

Indeed, the mirror image of stock prices and bond yields is often the result of a market betting on a friendly Fed. 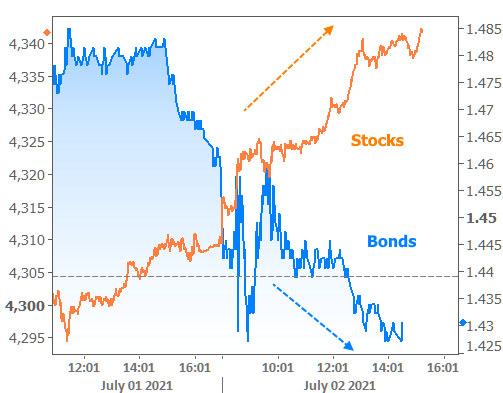 The other way to look at it would be to consider there's still a long way to go before the labor market is back to pre-covid levels.

As the data rolls in later this year, bonds will be faced with the choice to double down on the "friendly Fed" bets or to proceed with the rising rate reality that seemed to be much more of a sure thing at the end of last year.  For now, the intermission continues. 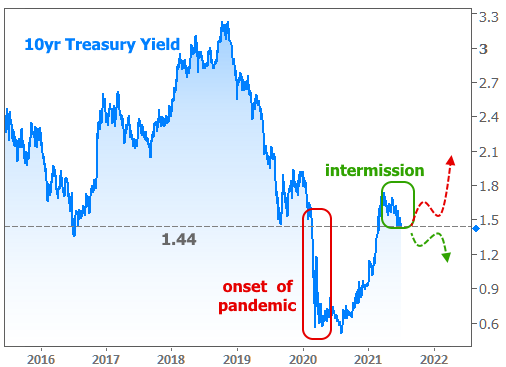